Mr Khoeun works as a police officer in Kampong Chhnang province. After studying conflict resolution with Peace Bridges, he changed the way he interacts with people. “I used to be temperamental. When I saw someone breaking the law, I educated them forcefully. ”When he arrested people, Mr. Khoeun said, “I used to be rough…and put them in handcuffs, but now I’ve stopped using violence.”When he interacts with his co-workers, he does not put pressure on them like before.

He has also changed the way he communicates with his family. “I stopped being violent with his family and I cut down on drinking. I changed my personal strategy for solving conflicts. Now I use nonviolence to solve problems by using soft words and listening to understand.”

Several years ago, Mrs. Thea studied Part A and B with Peace Bridges. She is now working as an administrator at an international school. We touched base with her to see the lasting impact of the training on her life. Mrs. Thea said the greatest thing Peace Bridges did was enable her to help herself. “Once we are in a good place and understand ourselves then we can reach out to help others. [The training] was an opportunity to look inside of myself and understand my own feelings.” In the past, she used to hide her distress instead of talking to people about it. She let her emotions control her behavior, and the stress led her to lose sleep and feel exhausted. “It was like driving a moto but not knowing where to go—that’s how it felt to let my emotions control me.”

“After studying with Peace Bridges, I experienced inner healing and can now share what is inside of me.” For Mrs. Thea, she has made practicing self-care, like exercising, eating food, and going to the sauna, a priority in her life.  She has also intentionally raised her children to express their feelings. “My daughter tells me when I upset her; I’m pleased that she can express herself.” As a leader in the workplace, Mrs. Thea said she has used conflict resolution methods to address conflict between other staff members.

Piseth is an engineer in Phnom Penh and a volunteer at his Christian church. He studied the conflict resolution and transformation course with Peace Bridges several years ago. Since that time, he has applied what he learned to solve difficult conflicts in his life.

One such conflict occured when a family friend spread hurtful gossip about his family. “I wanted to hurt that person, but then I remembered to find a quiet place to calm down and develop a plan,” he recounted. “I decided to set an example by acting kind toward them insteard of seeking revenge, and I told my family to do this too.” Piseth talked directly to the person who gossiped about his family and was able to repair the relationship.

“Peace Bridges’ lessons helped me to see the goodness in people and stop judging them based on stereotypes,” he said. He said this was an important lesson that helped him to let go of prejudices. Piseth engaged with 30 prisoners, 10 church members, and 6 family members to share about nonviolent communication, listening skills, and conflict resolution. He said he wants more people to find in themselves the ability to live a more peaceful life.

Mrs. Lan is a district council member in Kampong Thom province. She is the head of the Women and Children Advisory group. Part of her responsibility is to receive reports on women and children and then intervene when relevant or when the case exceeds the capacity of local staff. Mrs. Lan said that she lacked skills for mediating conflicts. She said, “I am still limited in this area, but I am trying to improve nonetheless.” Now she handles about three domestic violence cases in one month. In a recent report from the local authorities, she saw that the number of cases has decreased. “I know a lot about peace and have strengthened my ability to solve conflicts with nonviolence.”

In the past, Mrs. Lan always thought about work when she was home with her family. “I didn’t think much about my children, even when they were burdened with a divorce.” She did not take interest in what concerned her children or think about their needs. “With my husband, I used words that were not polite, especially when I responded to him. In the past, I was also irritable with both him and my children. After I studied with Peace Bridges, I understood my own feelings and reactions to tensions in our family, and I learned to understand the needs of my children and husband as well.” Now Mrs. Lan takes time to listen to her children’s problems. She has stopped being irritable and has opened herself up to be a better communicator. She said her relationships with her husband and child are much better now. “As for my husband, he didn’t respect me in the past. He often went out without telling me and left me waiting at home waiting with dinner ready. Now he has changed; he respects me and tells me about his plans.”

Mrs. Sopheary’s family has six people, including some nephews. She often intimidated and threatened her nephews when they did not listen to her. She always wanted to win [arguments] and protect herself.

After she participated in the conflict resolution course, Sopheary started to humble herself with others and opened her heart to receive others’ ideas. “I have observed that I have reduced my fighting with others and have better communication with people around me. I have much happier now,” she said.

Sopheary has applied what she learned to address conflicts between staff and members of her family.

“Life brings many challenges that can affect your feelings,” said Mr. Ezra. “I used to be someone who was easily upset and grumpy. The Peace Bridges course helped me to change so that I can now control my emotions and reflect on situations before reacting to them. I am now a better listener and can understand my children and wife.” Mr. Ezra’s interpretation of peace is partially spiritual. “We are all tools for peace,” he said. Mr. Ezra said he will continue to practice peace and share with his students, church, and family through devotions and informal sharing. “I want people to build peace so that we have good relationships, can live together in harmony, and can protect the environment as well.

“Some of the people around me have changed their own behaviors and attitudes as a result of my influence,” Mr. Ezra said. His family members have reduced their conflict and are more loving and better listeners. His relationship with his extended family has improved as well.

The positive changes in Mr. Ezra’s behavior have been noticed by his supervisor, Mr. Umble.     “[The training] gave Mr. Ezra a helpful framework to understand communication and conflict in relationships as well as helpful tools in conflict transformation,” he said.” “I have seen that Mr. Ezra change to be more attentive to relationships. He is has developed a good ability to motivate and encourage the students who live in the dorms,” said Mr. Umble. “Mr. Ezra has used his skills of active listening and conflict transformation to ensure that the dorms are a positive living environment for the students,” said Mr. Umble. In the future, he plans to include responsibility to oversee conflict transformation between the students into the job description of Mr. Ezra or whoever is the dorm leader. 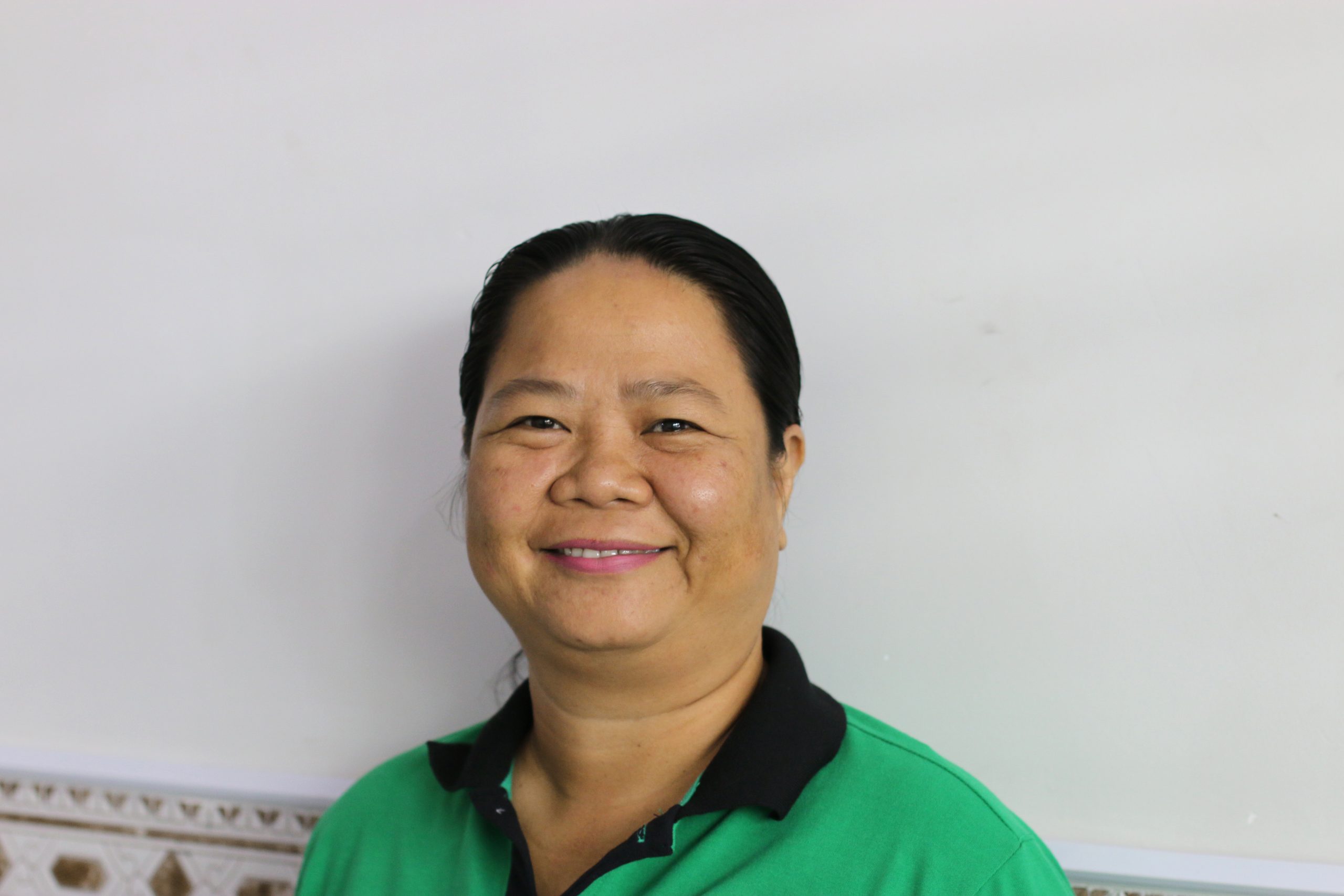