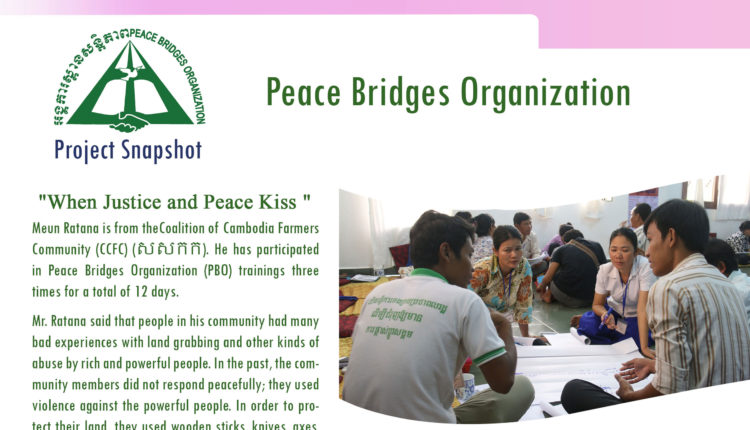 “When Justice and Peace Kiss”

Mr. Ratana said that people in his community had many bad experiences with land grabbing

and other kinds of abuse by rich and powerful people. In the past, the community members

did not respond peacefully; they used violence against the powerful people. In order to

acts of violence against people from the private company who tried to take their land.

treated in that way.

Since studying with PBO, Ratana believes that using nonviolence is better than violence to

he has applied to helping others solve their community problems.

For example, he called together his community so that they could develop a plan and write a

petition. They sat down together and talked about ways to find better solutions to the land

dispute.Ratana told them about the lessons he learned from PBO. He told the community

people that “peace begins with me, individually.” He told them that using physical violence

could come with a high price: they could waste time, money, and even be arrested. It would

also affect their households. Ratana then taught them to fight for justice, address conflict, and

meet their needs by using nonviolent action rather than violence.

community meeting. They showed that the land was their property and not the property of the

company. The community people would use the evidence for legal purposes in order to prove

their ownership in court.

Ratana said that the community members have dramatically decreasedtheir violence. Instead

of fighting with the company people, the community members talk to them and try to reach a

some of their conflicts. Ratana conducted peace trainings in the communities inKep, Kampot,

and Preah Sihanouk provinces. At least 50 community members participated in each of these

trainings, and a total of 100 households were impacted.

In those trainings, Ratana first taught people how to analyze conflict. He showed them how to

see the sources of conflict, the needs of the people involved, and their own needs. He also

taught about nonviolent ways to respond to conflict. He emphasized how to solve problems

by avoiding violence and using sufficient evidence. Those skills could be used to solve many

different kinds of conflicts, including those in families and communities, common

misunderstandings, and relationship issues between spouses.

Ratana also emphasized the “Peace begins with me” lesson. He said, “If we think good we

will do good, but if we think bad we will do bad.” He asked his participants to test their

comprehensive about the sources of conflict and other lessons. The participants also

answered follow-up questions about the lessons.

Ratana has made a lot of effort to help other people.His valuable efforts have helped

communities to effectively, efficiently, and nonviolently solve their problems. He has

working for a peaceful solution. 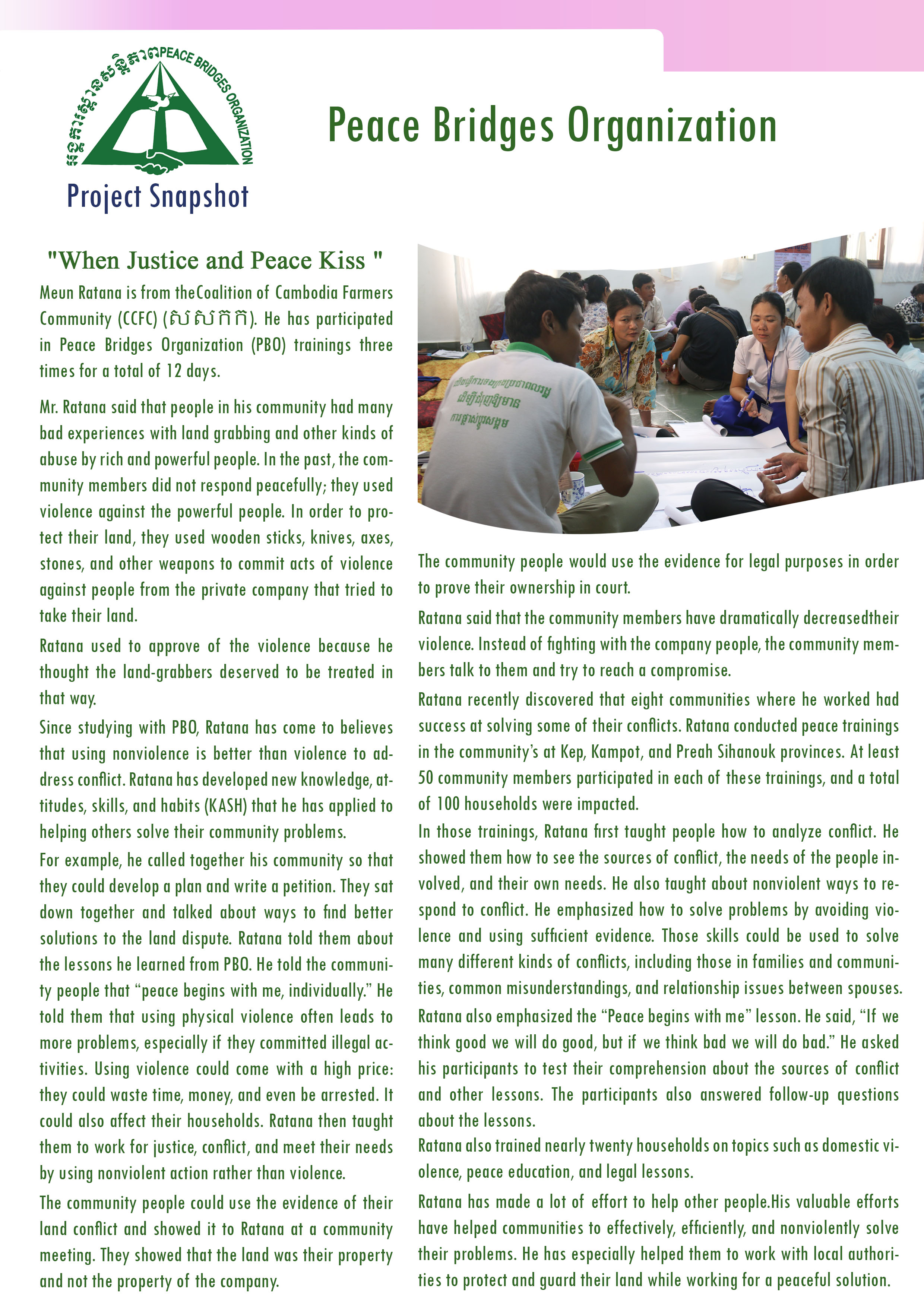