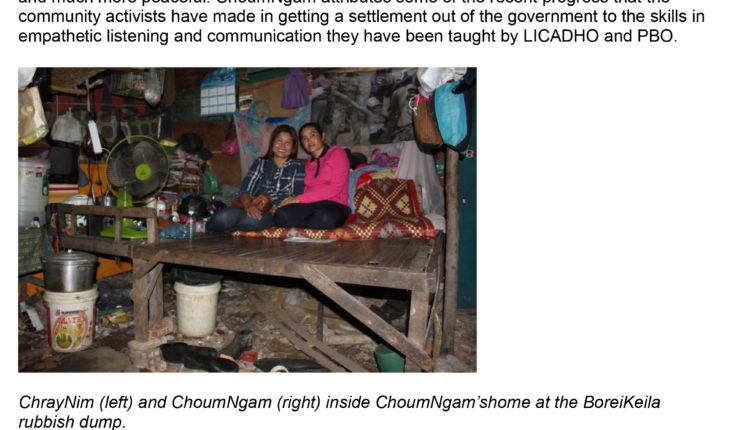 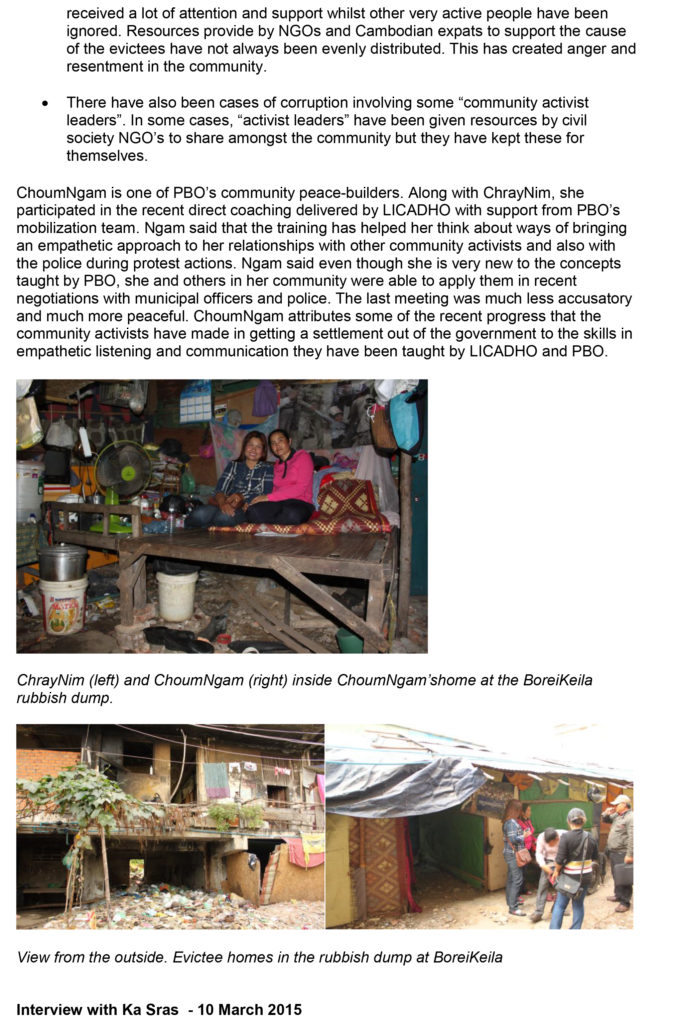 Ka Sras is a member of the Kuy tribe, the traditional inhabitants of the Prey Lang Forest. The forest is of great economic and cultural significance to the Kuy people. Kuy villagers have traditionally gained a significant part of their livelihoods from gathering NFTPs and hunting in the forest. Whist many Kuy farm, growing paddy and other crops, NFTPs and forest animals still form a significant part of their diet and income. Forest leaves are also used to make organic fertilizer that is used in the rice fields. Sras explained that there has been a lot of illegal logging taking place in the Prey Lang Forest around Kampong Thom. Sra has been working with the Community Peacebuilding Network to protect the forest for about 10 years now. Over the years, there have been several violent confrontations between loggers, activists and police. Sra recalled an incident where Kuy people had been locked out by a logging company, so they charged police lines to gain access to their forest. Sras was quick to point out, though, that the police are often very helpful to the Kuy activists when the activists can show the correct paper work to demonstrate the illegality of the logging. Police are also human too, Sras joked. Sra told the story of the time that she was arrested in Phnom Penh along with 20 other Kuy for handing out leaflets about the logging in Prey Lang. The police questioned her for long time, but she politely explained that she was concerned for the forest, for the future of her children, and for the future of the country and the world. She explained that the forest was important for everyone. Eventually, the police agreed to let her go. As she was leaving the police station, the police officer she had been talking to asked her where she was staying in Phnom Penh. Sra replied that she had nowhere to go, she had been so upset about what was happening to the forest that she just went straight to Phnom Penh to join the protest without making any further plans. “So where will you eat tonight?” the officer asked. Sras said she didn’t know, as she didn’t have any money. The officer then gave her $30 for food and accommodation from his own pocket and gave her a ride on the police moto back the protest site! Sras was asked to describe how the training she is receiving from PBO might be of use to her in protecting the forest from illegal logging, and in helping herself and her community in general. She said that she hopes that it will be an extra tool that she can use when dealing with illegal loggers. In the past she was much more aggressive than she is now, which only resulted in creating tension between the loggers, police and the protesters. Now when the PLCN members find some illegal logging going on in the forest they quickly organise a large but peaceful group of Kuy people to give the loggers a letter of warning. The loggers usually agree to leave. The problem is that they often return once the Kuy delegation leaves. Sras said that she has found that the training has also ben of use when she relates to other members of the PLCN. There has been quite a lot of conflict within PLCN about the way that they should go about protecting the forest and about the way that the work load is shared out. The empathetic listening skills theta PBO has taught have been very useful in this context.